Travel the world via the annual Reel Time Film Series hosted by the City of Holland’s International Relations Commission (IRC) and Hope College. This FREE film series runs Tuesday nights in November at the Knickerbocker Theatre. 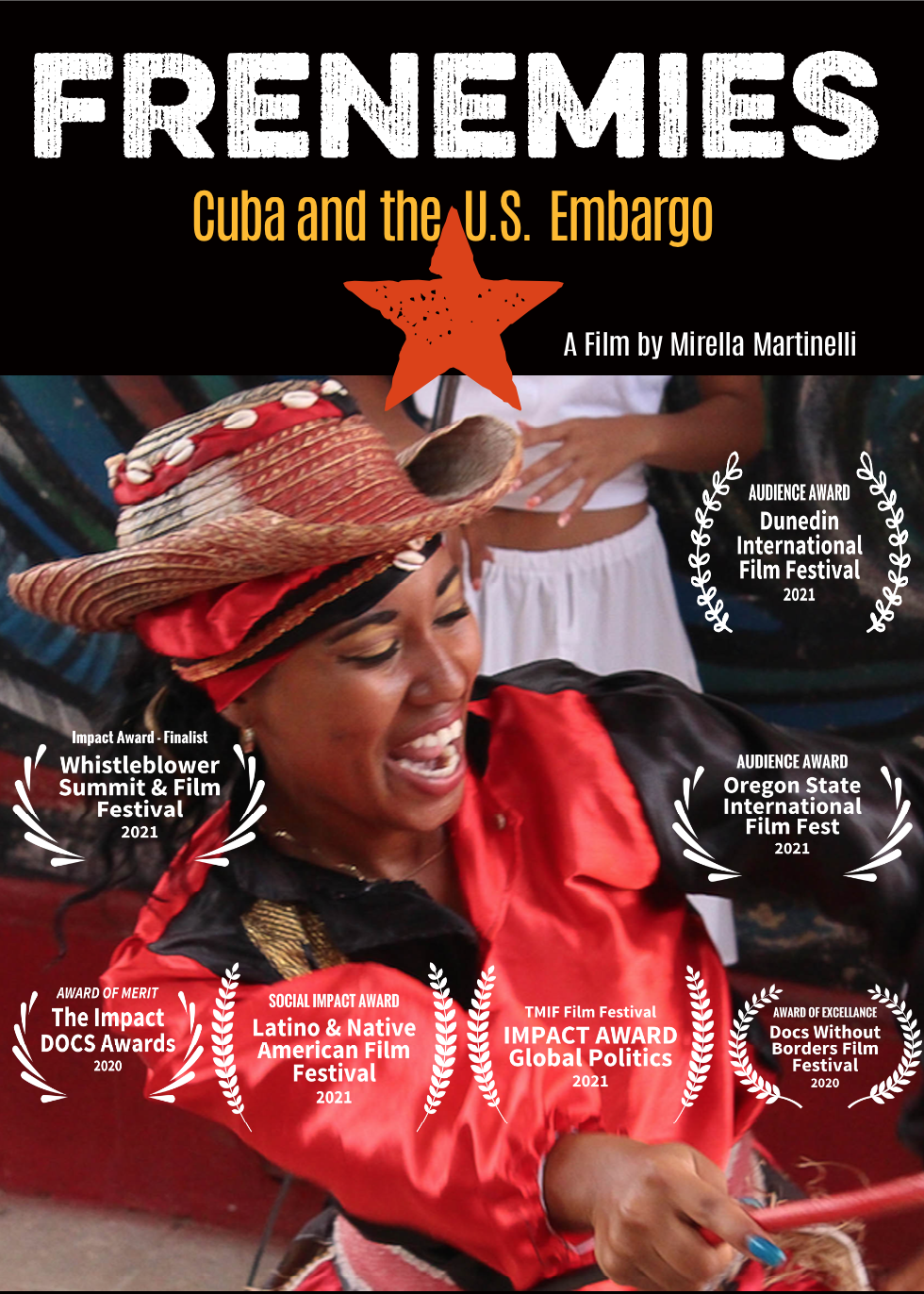 FRENEMIES: CUBA AND THE U.S. EMBARGO

Set to the pulsating beats of Afro-Caribbean music, Frenemies examines the fraught relationship between the island nation of Cuba and the United States. Blending 1950s archival footage with contemporary shots of Cuba’s economic decay and vibrant culture, the film paints a vivid portrait of a nation fighting for survival against the world’s longest-running embargo.

For almost 60 years it has been painfully difficult for U.S. citizens to travel to Cuba. With the loosening of some travel restrictions at the end of the Obama administration, many U.S. citizens visited the island for the first time. In Frenemies we hear these eye-opening experiences in Cuba, as well as experiences and insights from subjects who have had longer term relationships with this small Caribbean country. We also hear from talented but  frustrated native Cuban artists living on the island.

The film uses our speaking subjects' personal experiences to carry the spectator through a lively discussion that rebuilds the Cuban Revolution, the Bay of Pigs invasion, the Missile Crisis, Red Scare... The film travels through history making use of archival footage along with contemporary footage captured in Cuba bringing the audience  to 2019.

Frenemies’ subjects discuss the embargo. The Cuban people are hanging by a thin thread. Decades of economic isolation have worn out the island and the morale of Cubans who still resist to keep their sovereignty. Can any economy survive such an all-encompassing blockade? The United Nations has voted almost thirty times for the embargo to be lifted. Frenemies presents a compelling argument for why this embargo should be lifted.

Q&A after the film will be led by Dr. Fred Johnson III of Hope College. 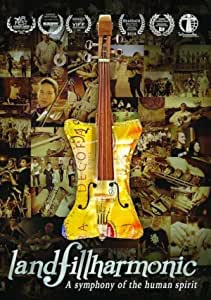 Landfill Harmonic follows the Recycled Orchestra of Cateura, a Paraguayan musical group that plays instruments made entirely out of garbage pieces found in the landfill where their community is settled.

When their story goes viral, the orchestra is catapulted into the global spotlight. Under the guidance of idealistic music director Favio Chavez, the orchestra must navigate a strange new world of arenas and sold-out concerts.

However, when a natural disaster strikes their community, Favio must find a way to keep the orchestra intact and provide a source of hope for their town. The film is a testimony to the transformative power of music and the resilience of the human spirit. 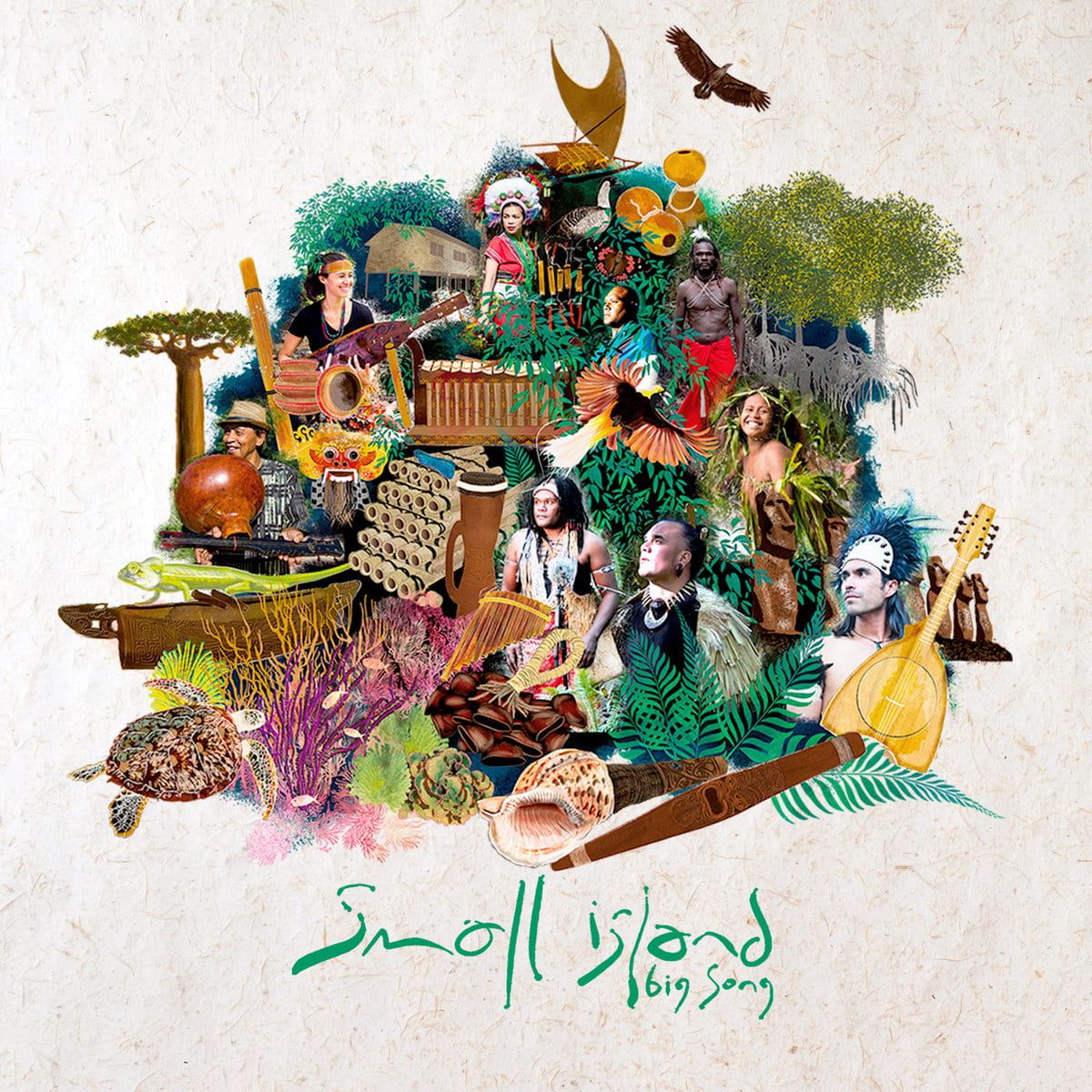 Small Island Big Song is a multi-platform project uniting the seafaring cultures of the Pacific and Indian Oceans through songs, a contemporary and relevant musical statement from a region at the frontline of the Climate Crisis.

Motivated by the 5th IPCC report, Taiwanese producer BaoBao Chen and Australian music producer/filmmaker Tim Cole spent three years visiting artists on their homelands, recording with their guidance in nature, sharing songs from island to island. The outcomes include two award-winning albums, a feature film, educational programs, and a live concert that has toured around the world across four continents reaching over 200K+ live audiences since the world premiere at SXSW 2018.

Small Island Big Song explores the cultural connections of the vast ocean through the Austronesian migration. Working with artists who have made a choice to maintain the cultural voice of their people, to sing in the language, and to play the instruments of their land. These unique lineages mixed with their diverse contemporary styles - roots-reggae, beats, grunge, RnB, folk & spoken-word, establishing a contemporary musical dialogue between cultures as far afield as Madagascar, Aotearoa, Taiwan, Mauritius, Marshall Islands, Papua New Guinea, Tahiti and Rapa Nui, creating "One coherent jaw dropping piece" as described by Rob Schwartz - Billboard.

*There will be a virtual Q&A with the filmmakers after the screening. 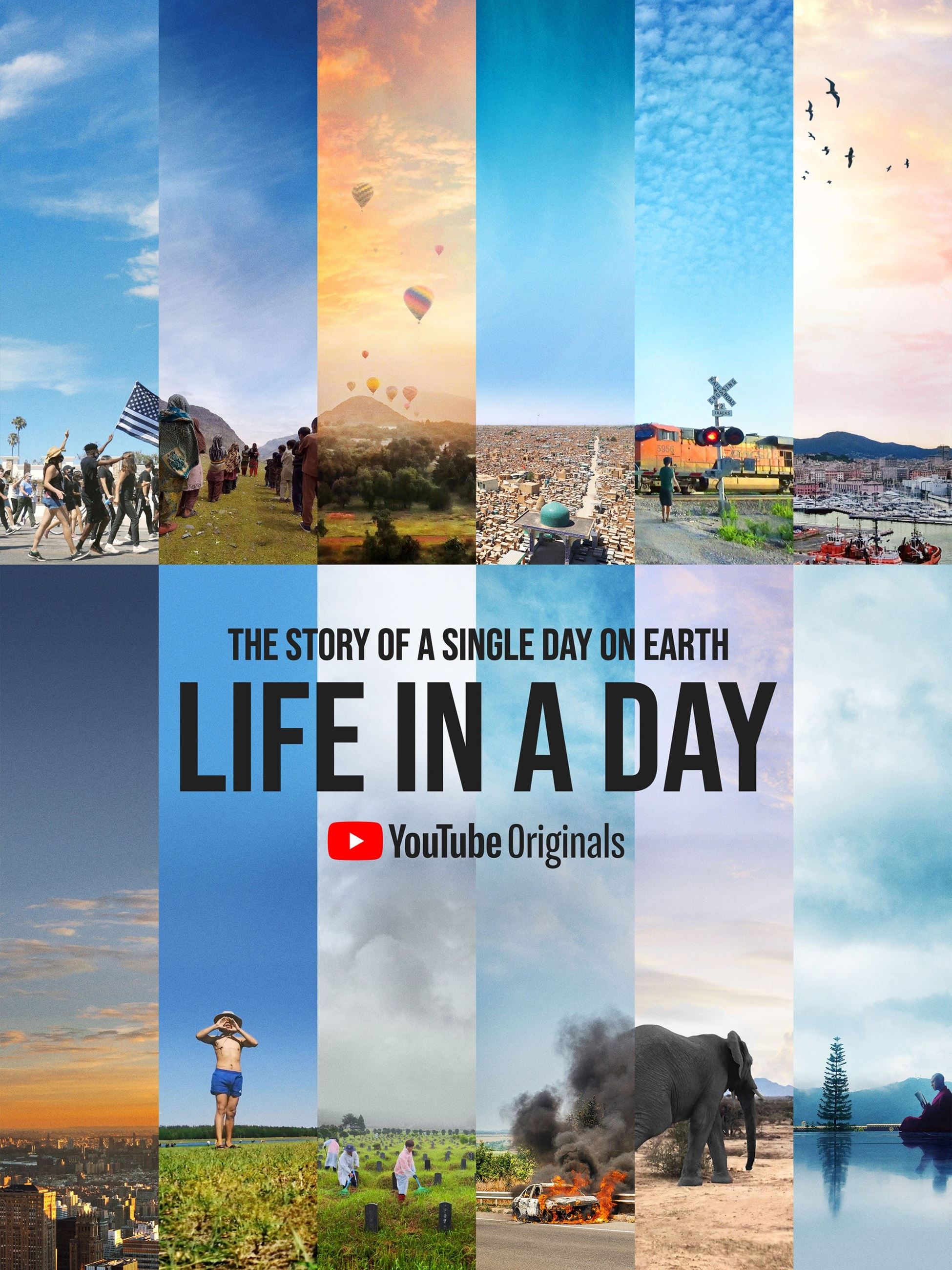 LIFE IN A DAY

On July 25th, 2020, people all over the world filmed their lives and shared their stories to be part of a documentary film. When the submissions were tallied, the filmmakers had received over 300,000 videos from 192 countries. The result is a stirring film about love, death, heartbreak, and hope that looks beyond geography and circumstances to explore what connects us as humans. Join us to experience Life in a Day. 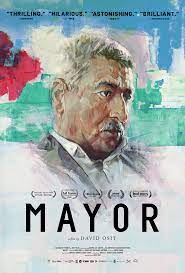 How do you run a city when you don’t have a country? Musa Hadid, the Christian mayor of Ramallah, is trying to repave the sidewalks, attract more tourism, and plan the city’s Christmas celebrations. His ultimate mission: to end the occupation of Palestine. 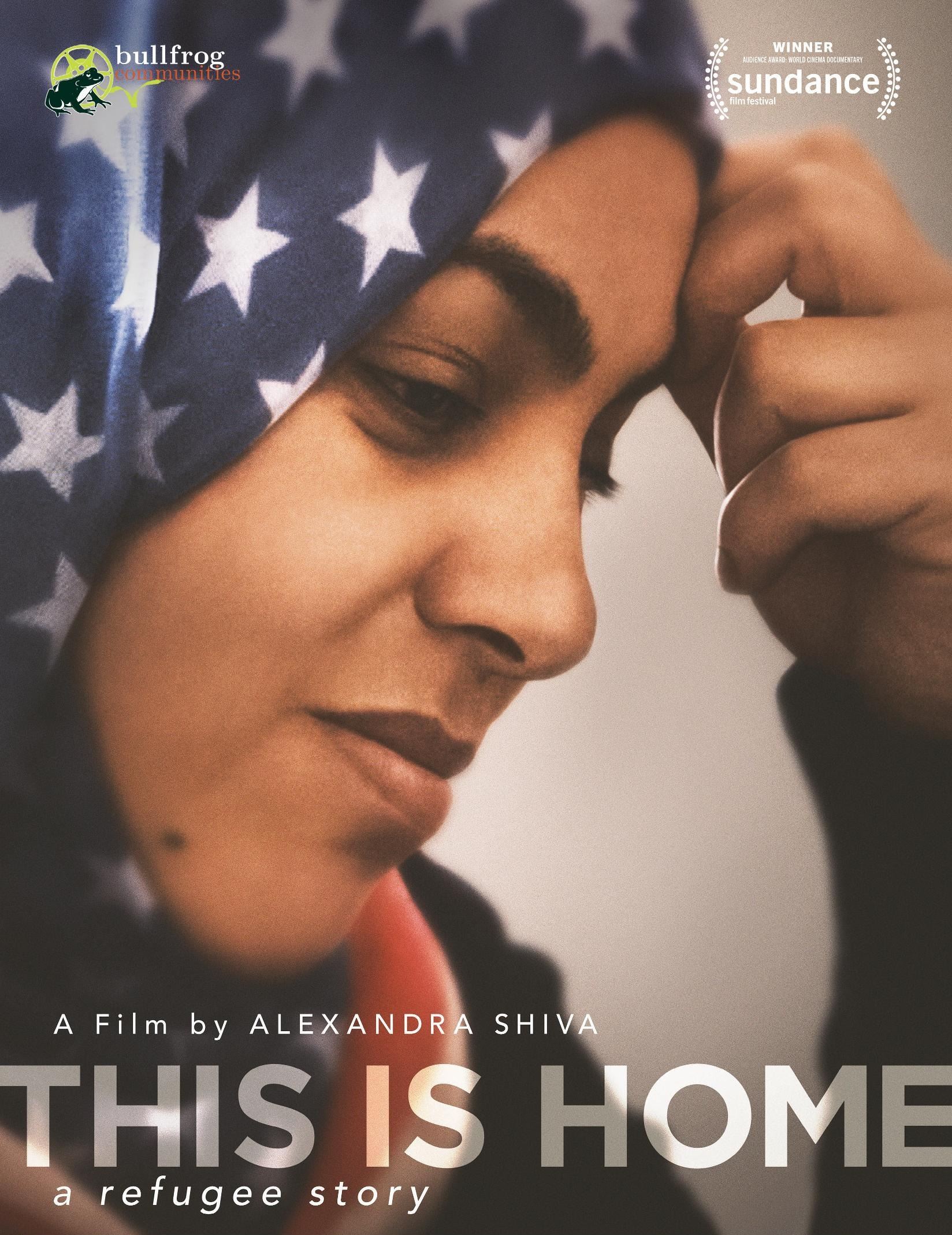 An intimate portrait of four Syrian refugee families arriving in America and struggling to rebuild their lives in a new home: Baltimore, Maryland. They attend cultural orientation classes and job training sessions where they must "learn America" — everything from how to take public transportation to negotiating new gender roles. THIS IS HOME goes beyond the statistics, headlines, and political rhetoric to tell deeply personal stories, putting a human face on the global refugee crisis. 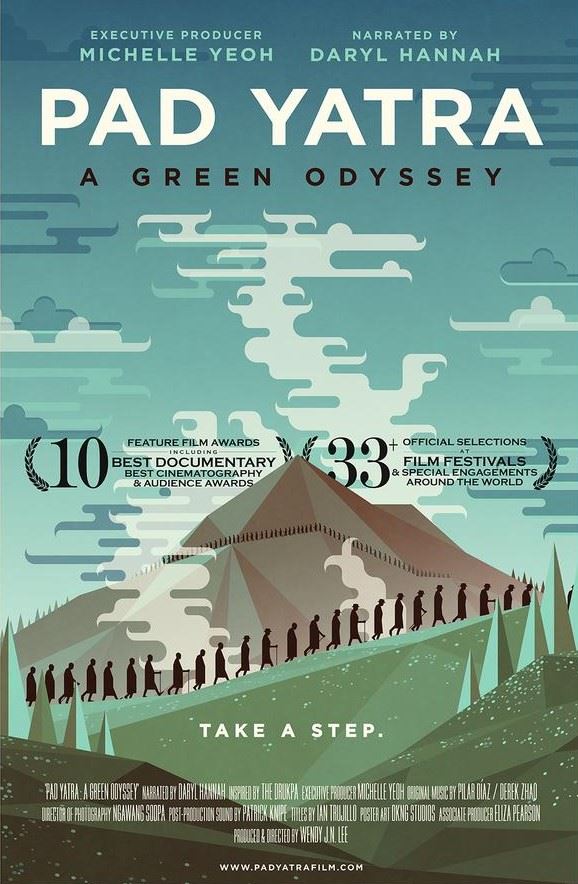 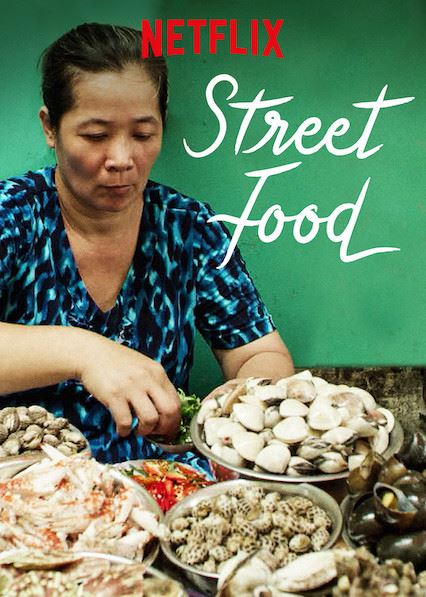 From the creators of Chef’s Table, Street Food brings viewers to some of the world's most vibrant cities, where the rich culture of street food is explored. From the hawker stalls of Singapore to the food carts of India, this nine-episode series highlights the stories of perseverance and culture that bring life to the cuisines of Thailand, Japan, Indonesia, South Korea and Vietnam. Nine episodes, approximately 30 minutes each. 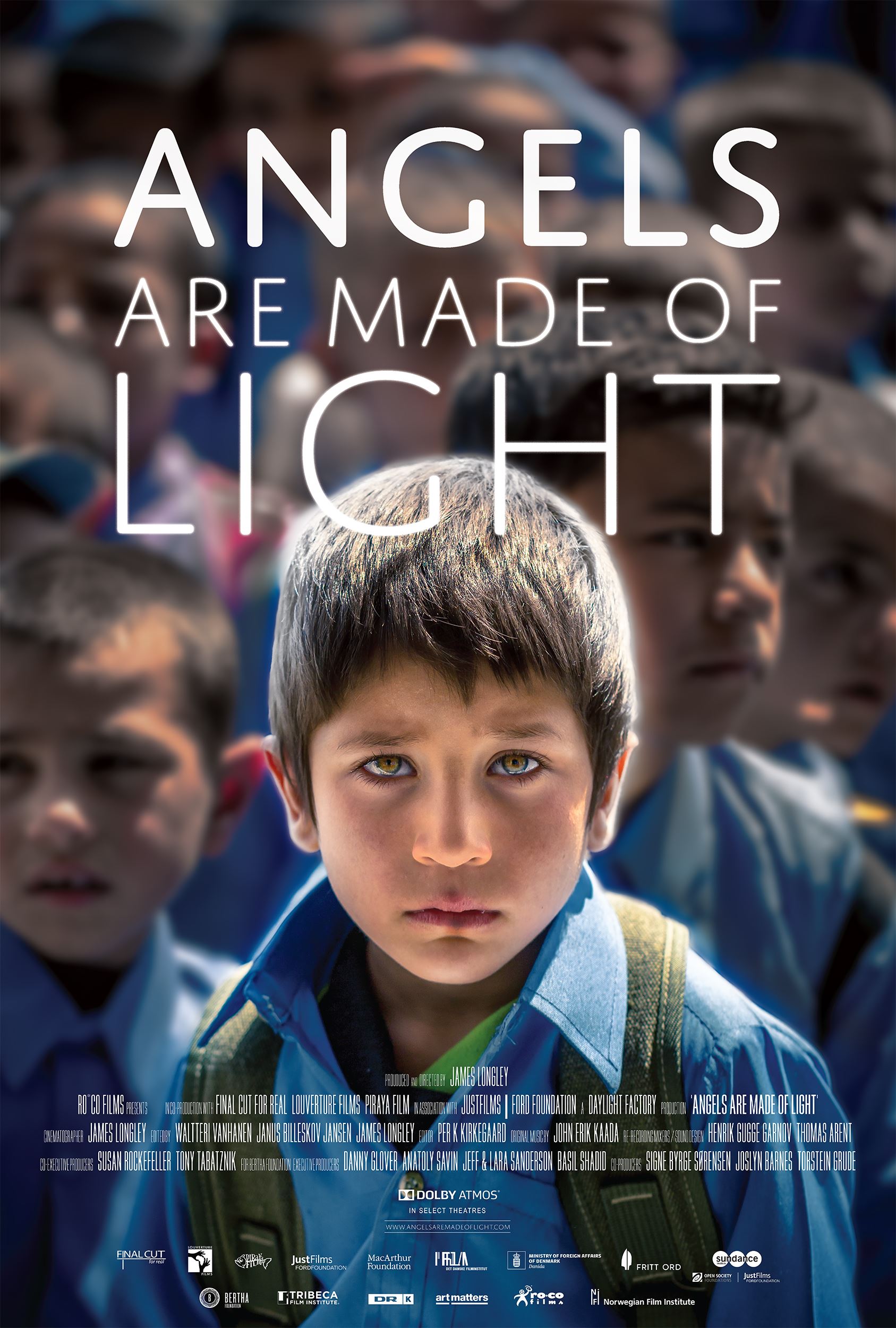 A stirring and beautiful documentary from Academy Award-nominated director James Longley (Iraq in Fragments), Angels Are Made of Light traces the lives of young students and their teachers at a school in the old city of Kabul. Interweaving the modern history of Afghanistan with present-day portraits, the film offers an intimate and nuanced vision of a society living in the shadow of war. Running time: 1h 57min. 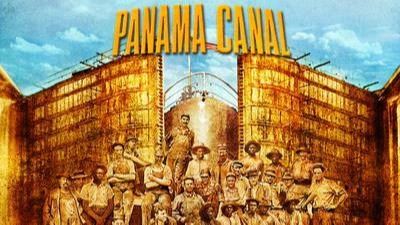 Available through Amazon and iTunes

The construction of the canal was the epitome of man’s mastery over nature and signaled the beginning of America’s domination of world affairs. Learn about the impact of the canal on both the United States and Central America. Running time: 1h 30 min. 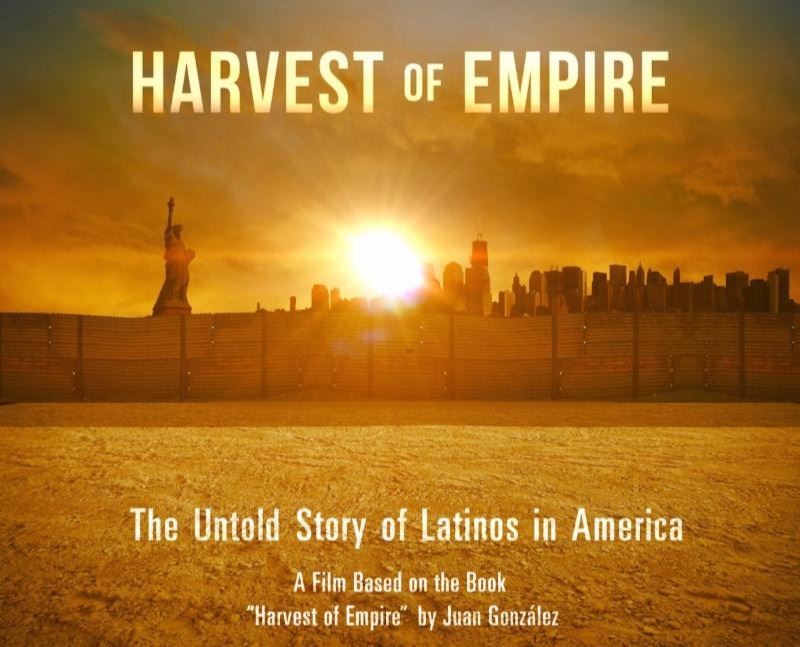 Based on the groundbreaking book by award-winning journalist and Democracy Now! co-host Juan González, Harvest of Empire takes an unflinching look at the role that U.S. economic and military interests played in triggering an unprecedented wave of migration that is transforming our nation’s cultural and economic landscape. Running time: 1h 30 min. 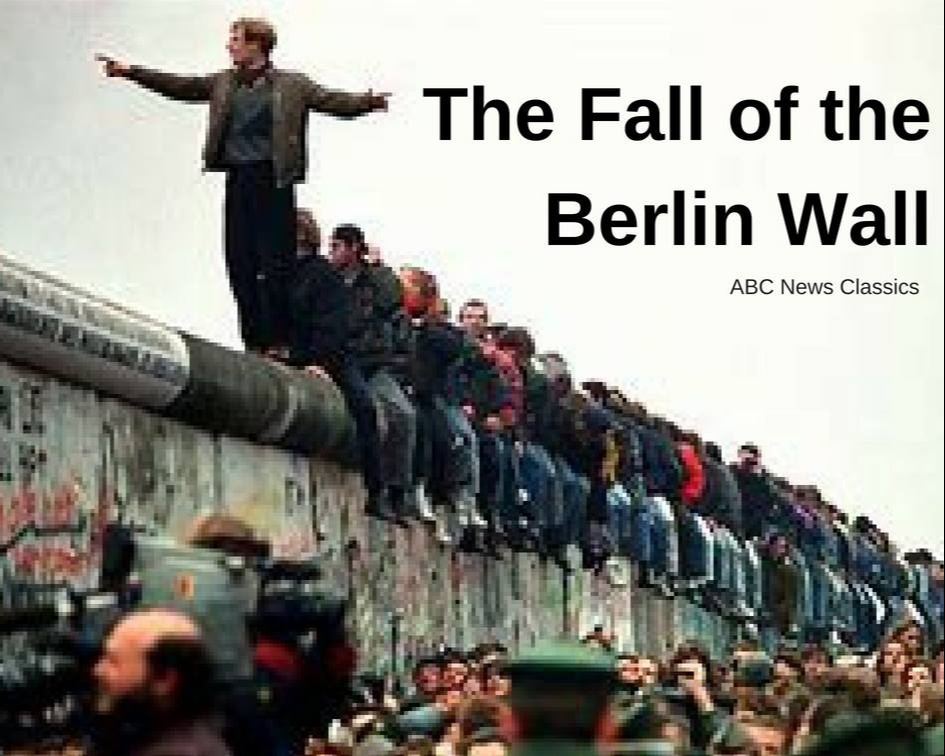 On November 9, 1989 after nearly three decades of separation, East and West Berliners breeched the wall that forced them apart. As East Germany's Communist leadership opened the gates, crowds clamored atop the wall, tearing chunks away from the iconic image of the iron curtain. Join Diane Sawyer and Sam Donaldson for coverage from the day it happened -- including a live interview with President Reagan. Running time: 38 min. 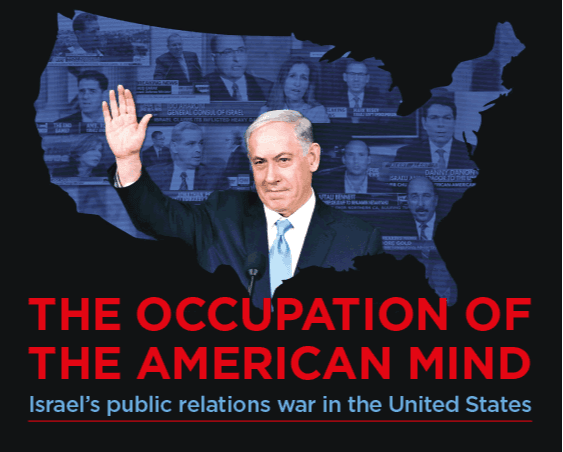 The Occupation of the American Mind (2012)

Israel's ongoing military occupation of Palestinian territory and its repeated invasions of Gaza have triggered a fierce backlash against Israeli policies virtually everywhere in the world, except for the United States. This film explores how the U.S. government and the pro-Israel lobby have joined forces, often with very different motives, to shape American media coverage of the conflict in Israel's favor. From the U.S-based public relations campaigns that emerged in the 1980s to today, the film provides a sweeping analysis of Israel's decades-long battle for the hearts, minds, and tax dollars of the American people. Running time: 1h 22 min. 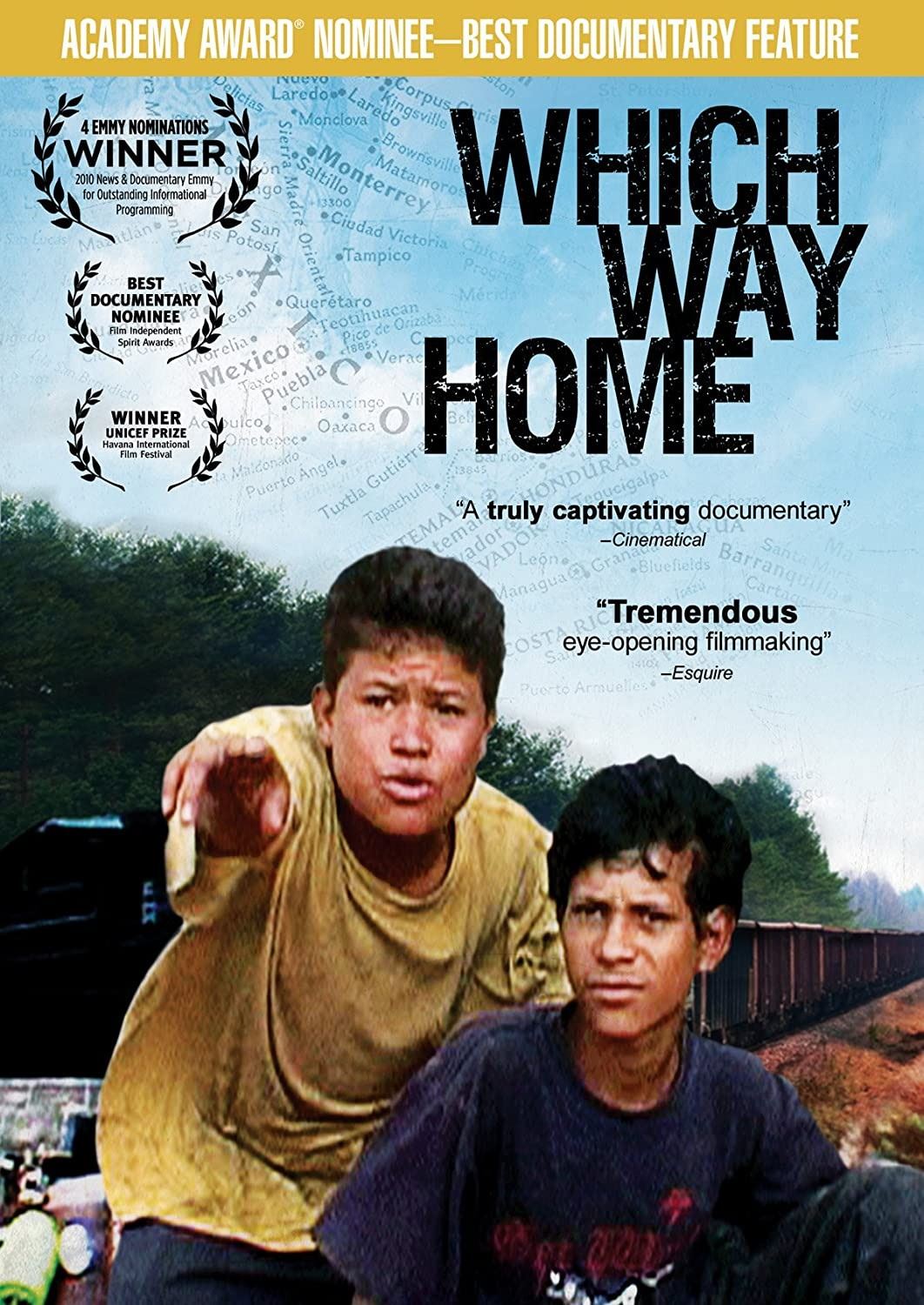 Available on HBO and Amazon Prime

This feature documentary film that follows unaccompanied child migrants on their journey through Mexico as they try to reach the United States. Olga and Freddy, nine-year old Hondurans, are desperately trying to reach their parents in the US. Jose, a ten-year old El Salvadoran, has been abandoned by smugglers and ends up alone in a Mexican detention center. Kevin, is a canny, streetwise fourteen-year old Honduran, whose mother hopes that he will reach the U.S. and send money back to her. These are stories of hope and courage, disappointment and sorrow. They are the children you never hear about; the invisible ones. Running time: 1h 30 min. 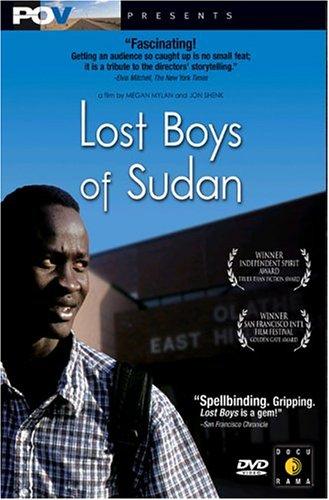 This feature-length documentary that follows two Sudanese refugees on an extraordinary journey from Africa to America. Orphaned as young boys in one of Africa's cruelest civil wars, Peter Dut and Santino Chuor survived lion attacks and militia gunfire to reach a refugee camp in Kenya along with thousands of other children. From there, remarkably, they were chosen to come to America. Safe at last from physical danger and hunger, a world away from home, they find themselves confronted with the abundance and alienation of contemporary American suburbia. Running time: 1h 27 min. 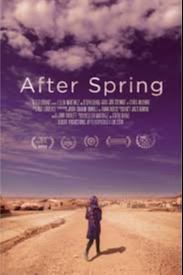 With the Syrian conflict now in its seventh year, millions of people continue to be displaced. AFTER SPRING is the story of what happens next. By following two refugee families in transition and aid workers fighting to keep the camp running, viewers will experience what it is like to live in Zaatari, the largest camp for Syrian refugees. With no end in sight for the conflict or this refugee crisis, everyone must decide if they can rebuild their lives in a place that was never meant to be permanent. Running time: 1h 42 min.