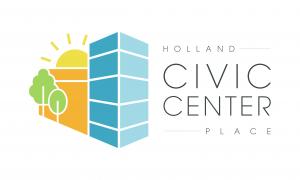 Take a look at photos and a time-lapse video of the renovation; and live camera of the Holland Civic Center Place.

The redevelopment broke ground June 2016. There has been quite a bit of change to the original building since then and much more to go.

This project aimed to renovate the 60-year old Civic Center, Holland’s historic center of recreational and cultural activity while strengthening the physical connection of downtown Holland to the Lake Macatawa waterfront. Through a careful balance of recreation, cultural programming, and Farmer’s Market activity, the site now serves as a catalyst for the activation of the west end of 8th Street. The City engaged a team of architects, engineers, planners, and landscape architects led by Edgewater Resources to facilitate the redevelopment.

Scroll down to watch a time-lapse video and a photo album of the construction.

There has been quite a bit of change to the look of the original building -The time lapse below takes you from the beginning of the project through as it stands today.

Civic Center Construction Time-lapse from City of Holland on Vimeo.

Below is a live look at the Holland Civic Center Place.

Click through the album below to see how the renovation progressed. 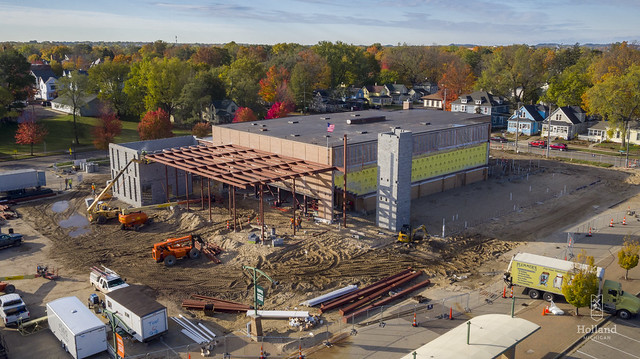