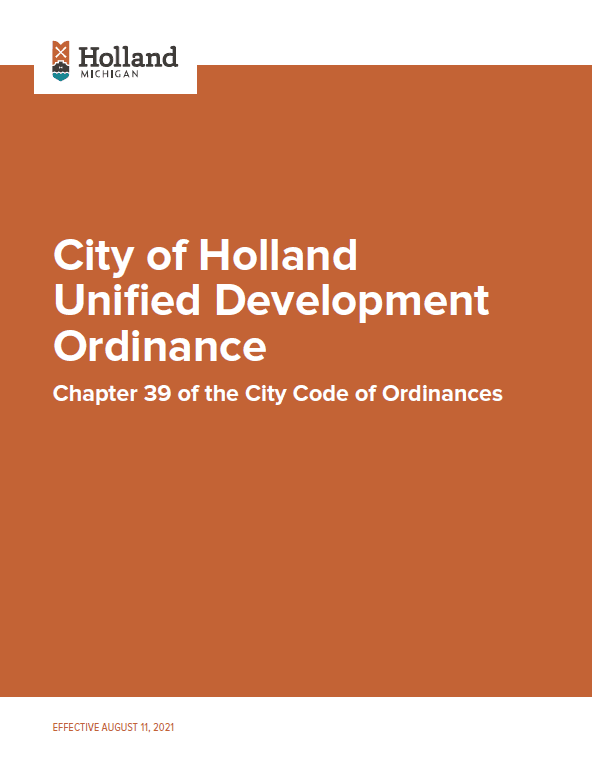 The City of Holland’s Unified Development Ordinance combined the City’s Zoning, Trees, Streets and Sidewalks, and Subdivision Ordinances into a single regulatory document. UDO regulates the use of land throughout the City, including the design of buildings, sites, and new streets. The requirements of UDO must be met for all new construction, and for all exterior renovations or site alterations, throughout the City.

The primary purpose of the Unified Development Ordinance is to implement the City’s Master Plan, by governing private development, which is the mechanism by which most of the City’s built environment gets constructed. The Master Plan articulates the City’s vision for its future, and is the basis for the requirements in UDO.

UDO was designed to: