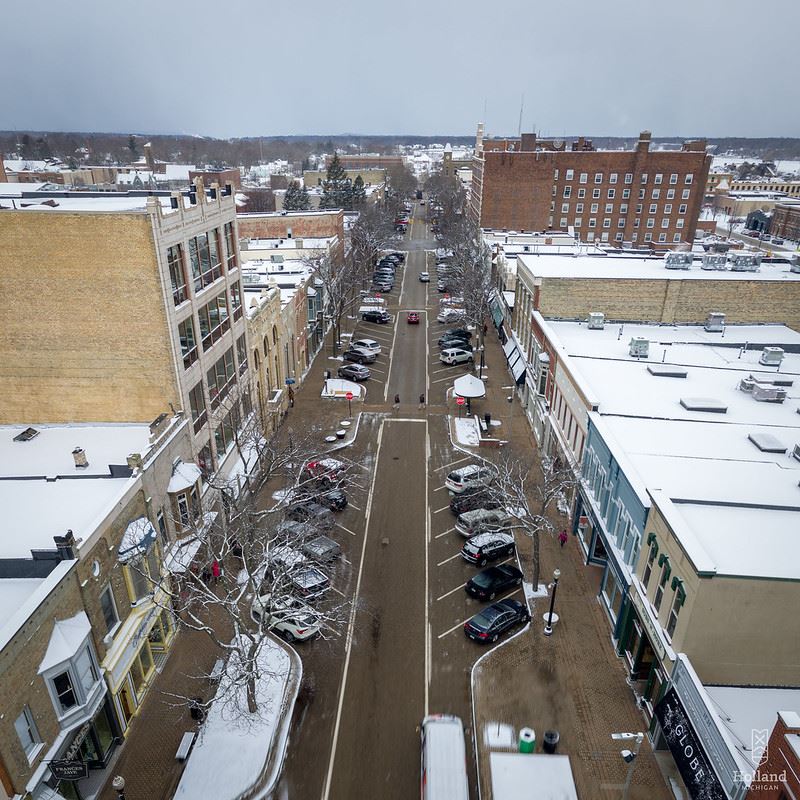 Holland’s Snowmelt System has captured some national attention recently from Runner’s World and The Weather Channel. Scroll down to watch the videos.

Since 1988, residents and visitors have enjoyed snow-free streets and sidewalks in downtown Holland throughout the winter season.

Thanks to the Holland BPW snowmelt system, waste heat from power generation is captured to heat water, which is circulated through 190 miles of tubing laid underneath the pavement and sidewalks, back to the Holland BPW power plant. The system pumps over 4,700 gallons of water per minute at 95-degrees and can melt about one inch of snow per hour at 20 degrees Fahrenheit with winds of 10 mph.  The snowmelt system is a closed system meaning it is circulating the same water over and over again.  Prior to 2016, the system pulled water from Lake Macatawa.  By using potable water, the system is less likely to have sediment and should reduce wear on system valves.

Added benefits include No salting, No plowing, No slipping or sliding,

As a much-appreciated innovation, the snowmelt systems has been expanded several times to include the market area at the Civic Center, the sidewalks to Herrick District Library and the ramps to the parking deck on 7th St. In total, the snowmelt system today provides approximately 600,000 square-feet of heated sidewalks and streets.  It the largest publically-owned snowmelt system in North America.

For mobile devices users, or to see a larger view of the map on a desktop, click here.

Click Here to view the City Of Holland Snowmelt Gallery