Our Friendship with Queretaro | Holland, MI
Skip to Main Content

Our Friendship with Queretaro

From Holland to Queretaro

From Queretaro to Holland

In 1998, President Francisco Garrido Patron and his family visited Holland.

Holland welcomed Queretaro artist to ArtPrize 2011. The City of Holland International Relations Commission is pleased to welcome "Ticha" Maria Beatriz González Martinez, an artist from our Sister City of Querétaro to the West Michigan Area for Grand Rapids' ArtPrize in 2011. Maria's work "Transgress through contemplation" was an oil painting, and exhibited in downtown Grand Rapids. 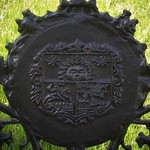