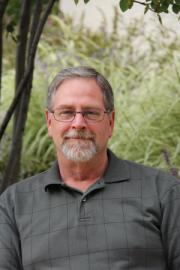 Myron "Mike" Trethewey was born and raised in Holland and has lived in Holland Heights for most of the last 45 years. He and his wife Lori have three daughters and five grandchildren. A graduate of Holland High School, Mike attended Davenport College (now known as Davenport University), while working full-time for the Holland Board of Public Works and earned a Bachelor's degree in Business with a major in Management. Mike is currently a Parts Manager/Senior Buyer at Louis Padnos Iron and Metal Company.

Mike was first appointed to Council in January 1997 to fill the seat vacated by Joe Haveman, who went on to be a county commissioner. He was elected to a four-year term in November of that same year. Currently, Mike serves as the Mayor Pro-Tem and Chief Governance Officer in the recently adopted Governance Framework.

Mike also serves as the Council Liaison to the Police Community Relations Commission, Cable TV Advisory Commission, Secretary/Treasurer of the MAX  Transit Executive Board, City Audit Committee and President of the Holland/Zeeland Community Labor Day Truck Parade. He was very active in Project Pride, continuing to encourage the cleanliness and recycling current programs. Mike served as a member of the Policy/Community Study Committee.

Along with his community involvement, Mike is also active in his church having served as a deacon and is currently serving as a pastoral elder.